In all cases, you need to take license compatibility into account when making decisions around which sources to include in and which license to apply to your adaptation; some licenses play well together while others do not.

Use the chart below to assist you as you discover and evaluate new sources for inclusion in your adapted work. 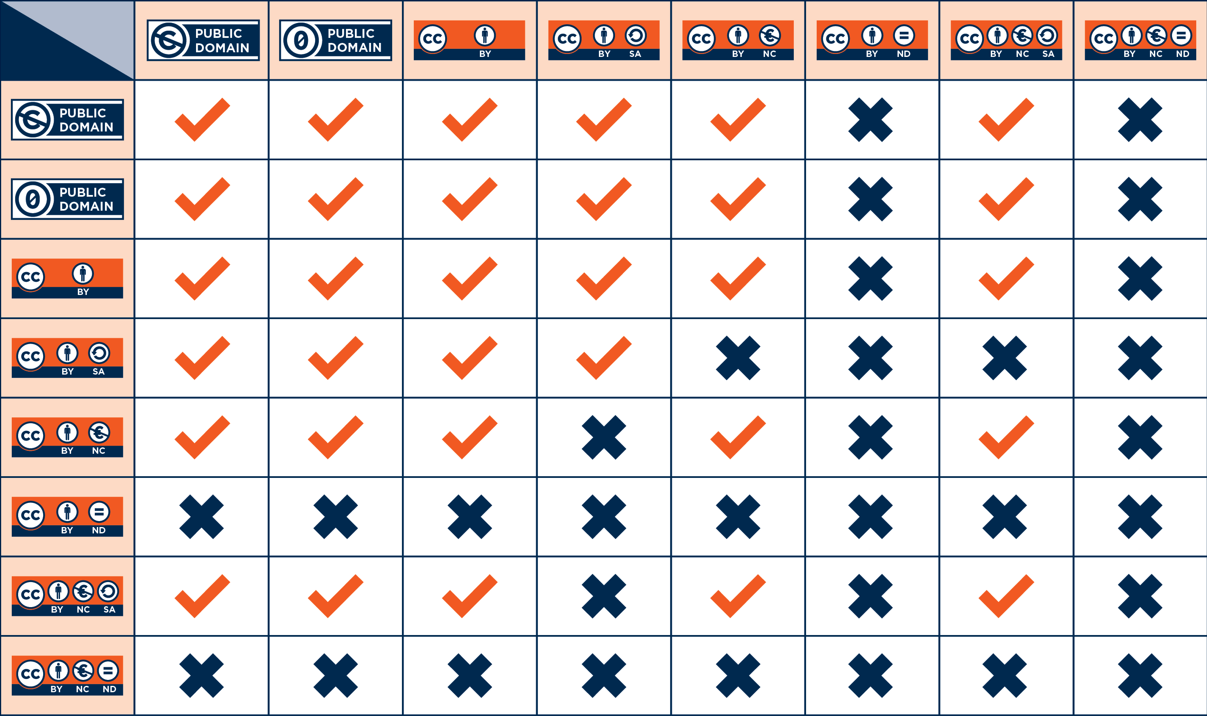 The license that you select for your own unique contributions to the adaptation is referred to as the Adapter's License. As far as other works that were used in the adaptation, the adapter must adhere to the terms of those licensed works' original licenses.

The left hand column indicates the license of the original works used while the top row indicates the various adapter's licenses: