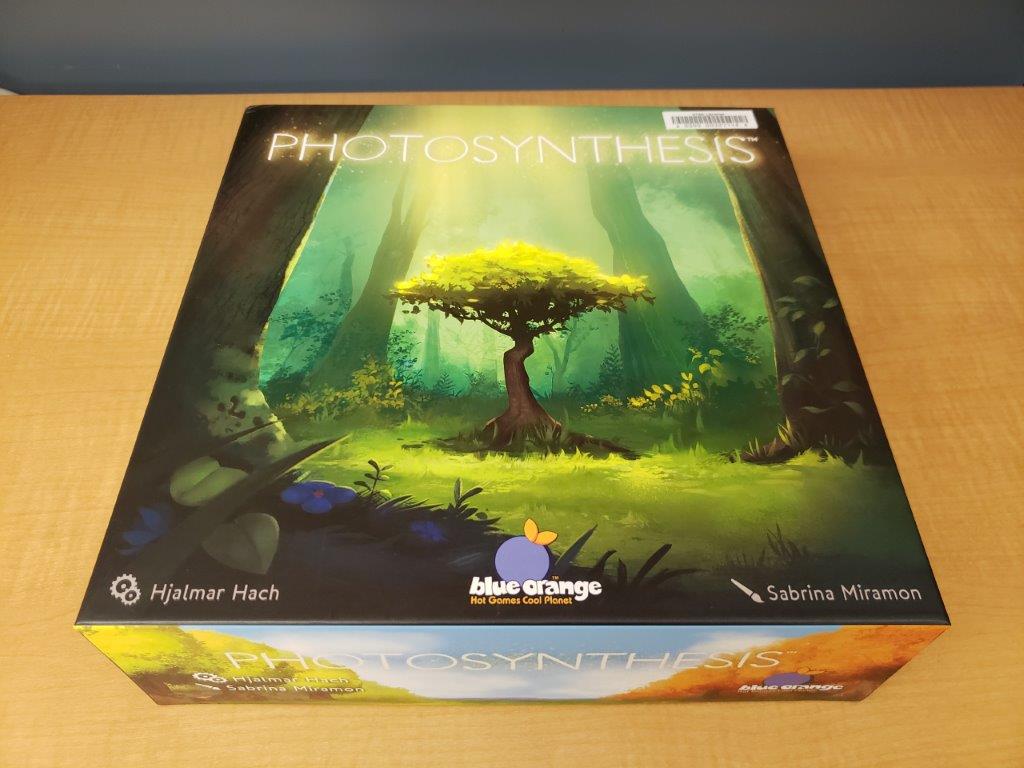 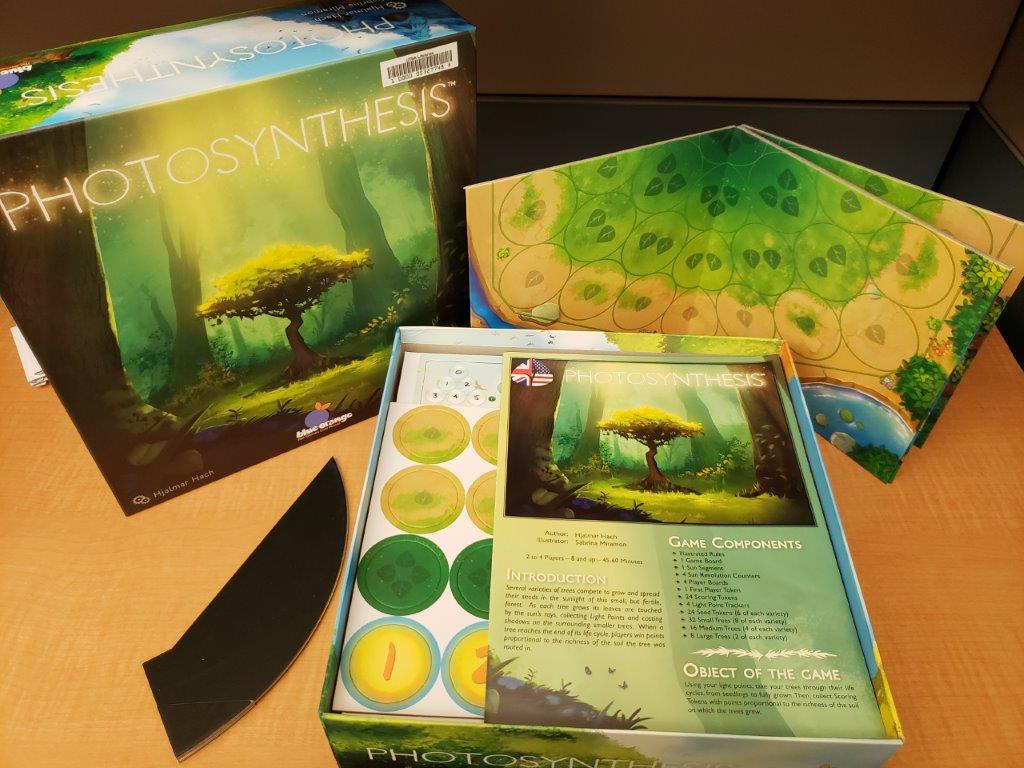 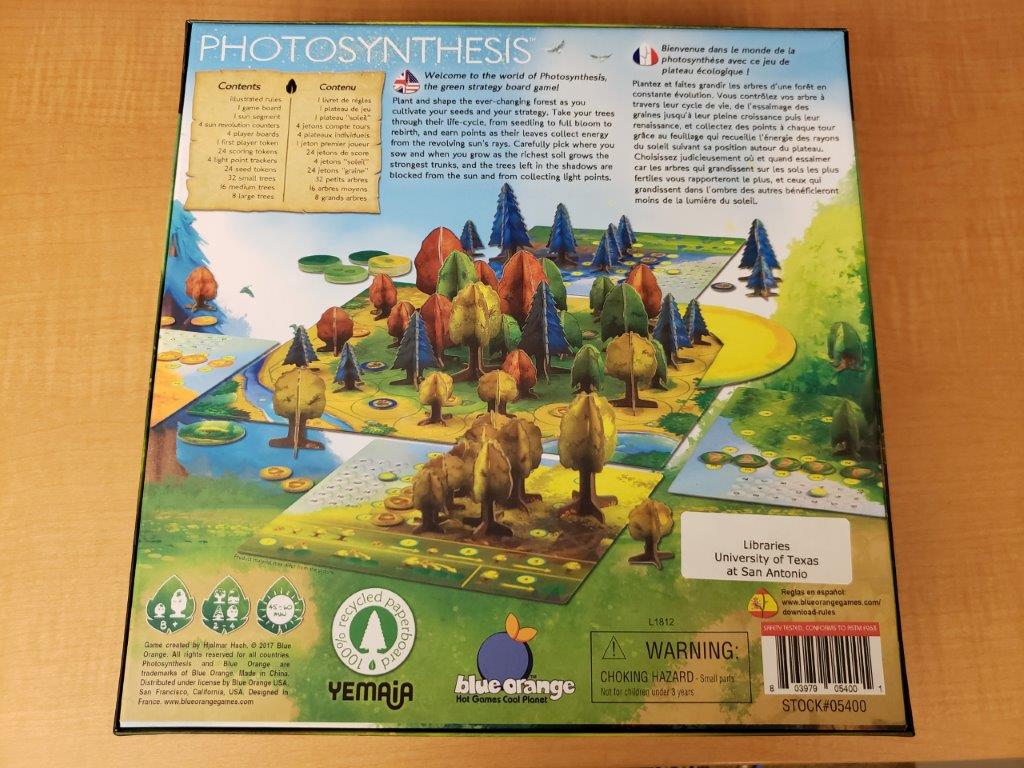 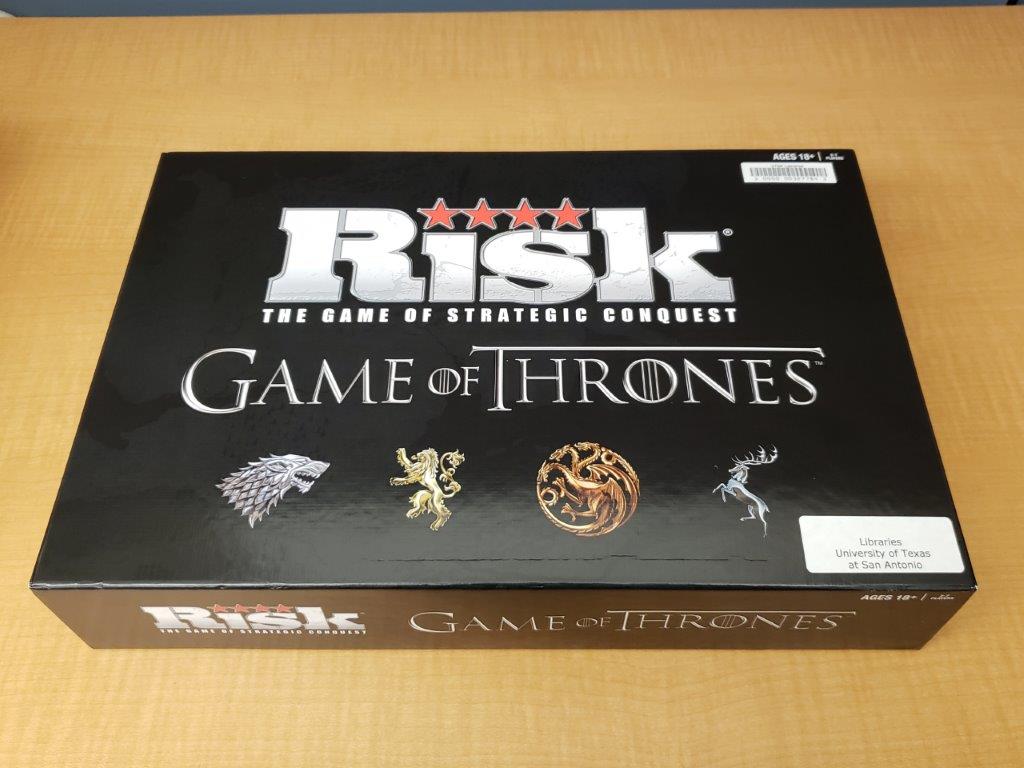 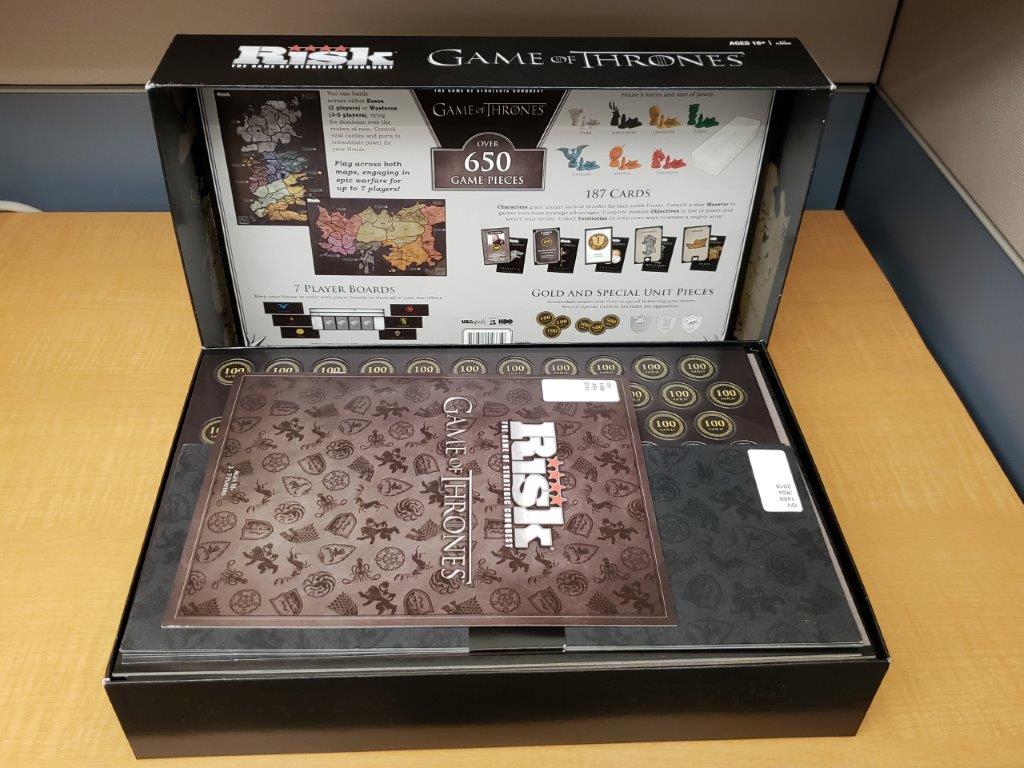 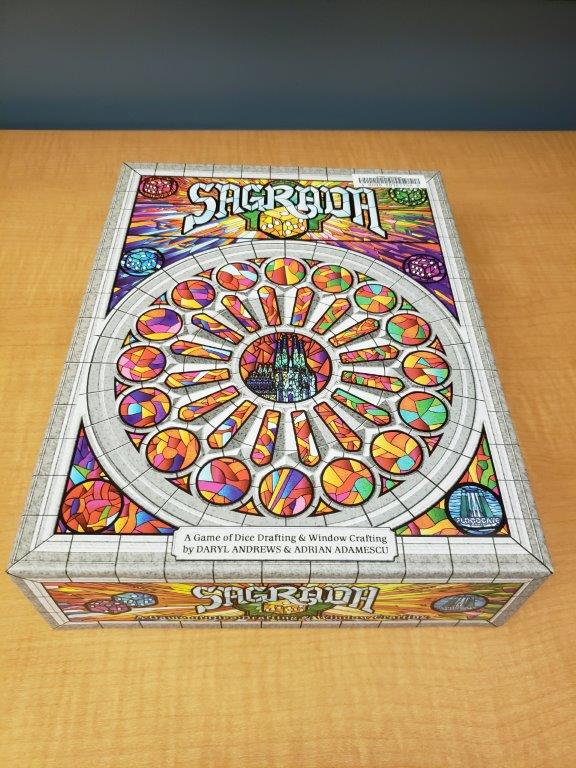 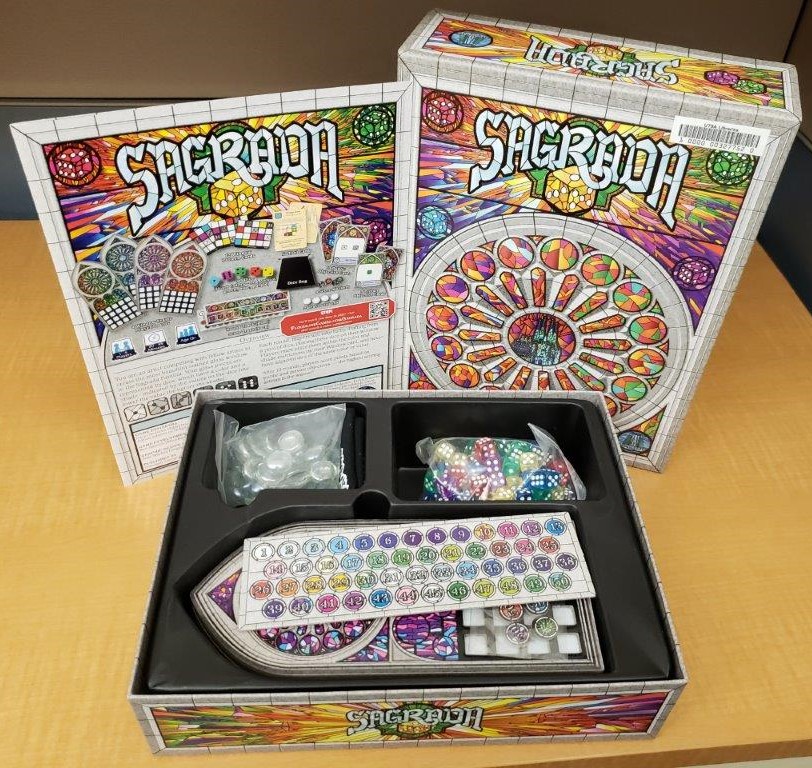 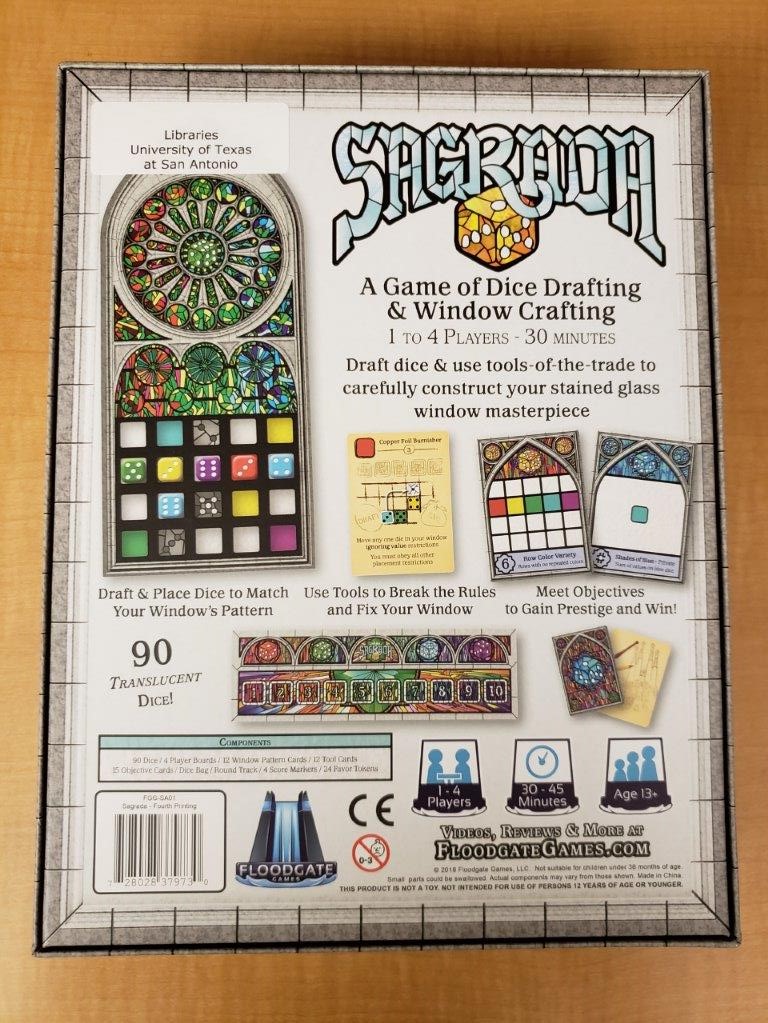 "Draft dice and use the tools-of-the-trade in Sagrada to carefully construct your stained glass window masterpiece.

In more detail, each player builds a stained glass window by building up a grid of dice on their player board. Each board has some restrictions on which color or shade (value) of die can be placed there. Dice of the same shade or color may never be placed next to each other. Dice are drafted in player order, with the start player rotating each round, snaking back around after the last player drafts two dice. Scoring is variable per game based on achieving various patterns and varieties of placement...as well as bonus points for dark shades of a particular hidden goal color.

Special tools can be used to help you break the rules by spending skill tokens; once a tool is used, it then requires more skill tokens for the next player to use them. 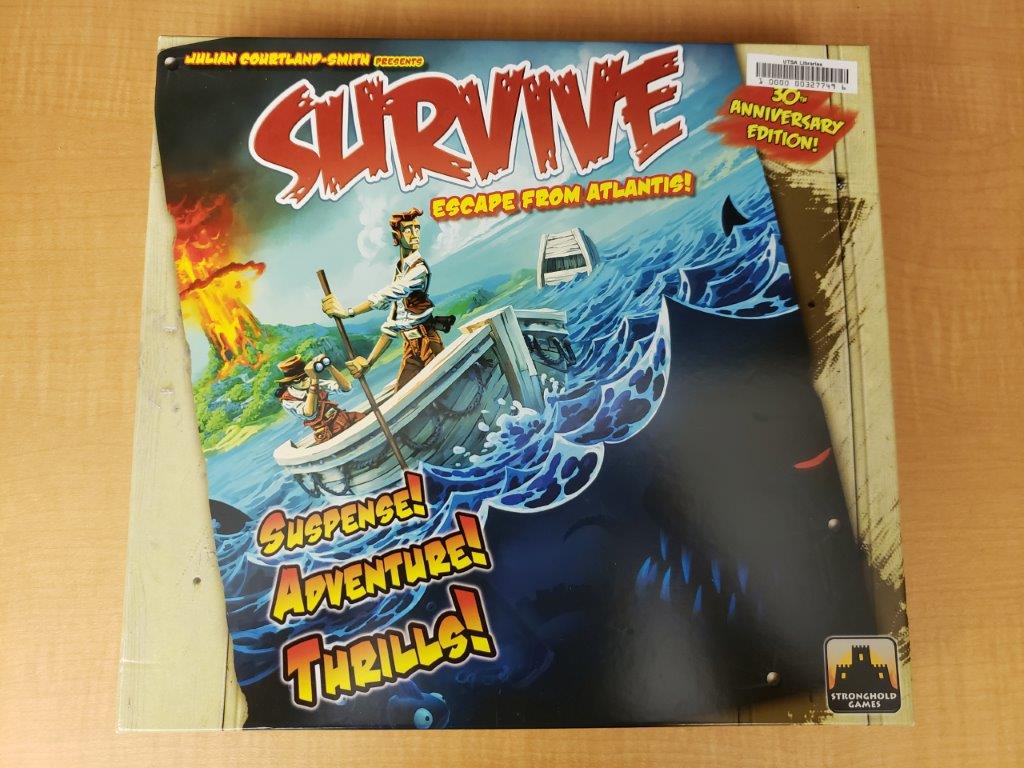 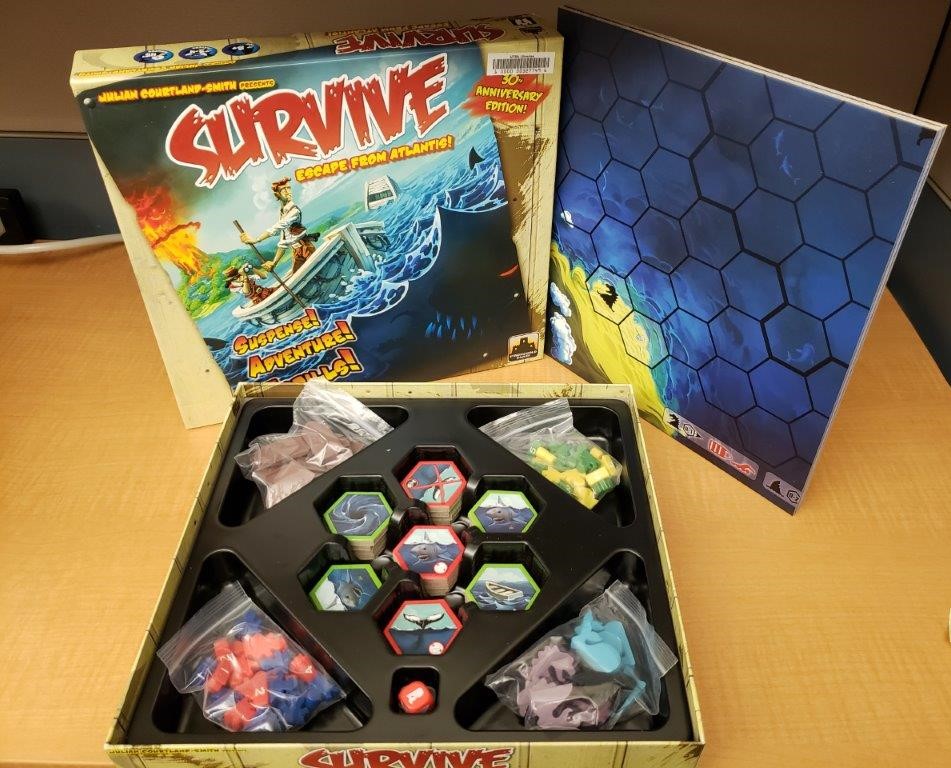 "An underwater volcano has erupted and the island of Atlantis is sinking into the sea! Unless the people of Atlantis escape before the volcano explodes, all the inhabitants are doomed! In this game you try to lead your people from the sinking central island of Atlantis to the safety of one of four islands nearby. Your people can get there by boat (if they find one) or by swimming but avoid the Sea Serpents, Whales, and Sharks! The player with the most survivor points wins.  Survive is a cutthroat game where players seek to evacuate their pieces from an island that is breaking up, while remembering where their highest-valued pieces are located to maximize their score.  An island made up of 40 hex-tiles is slowly sinking into the ocean (as the tiles are removed from the board). Each player controls ten people (valued from 1 to 6) that they try and move towards the safety of the surrounding islands before the main island finally blows up. Players can either swim or use boats to travel but must avoid sea serpents, whales and sharks on their way to safety.  Survive is very similar to Escape from Atlantis with some key differences." 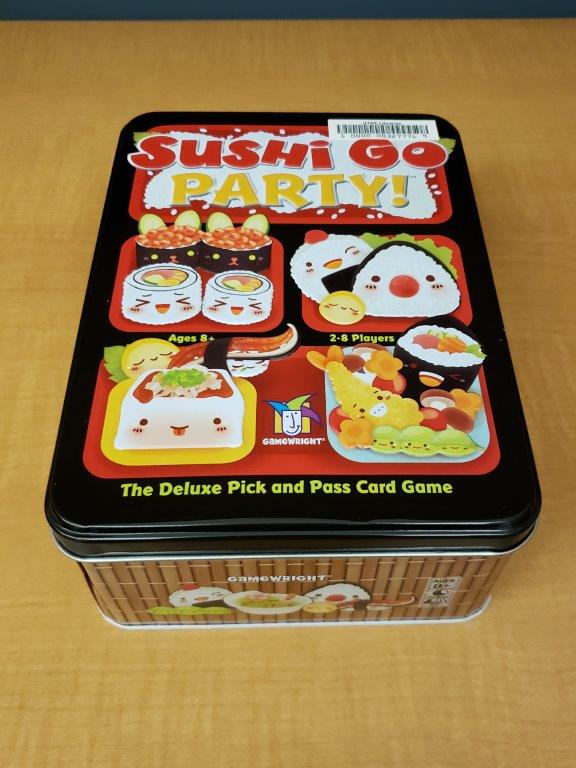 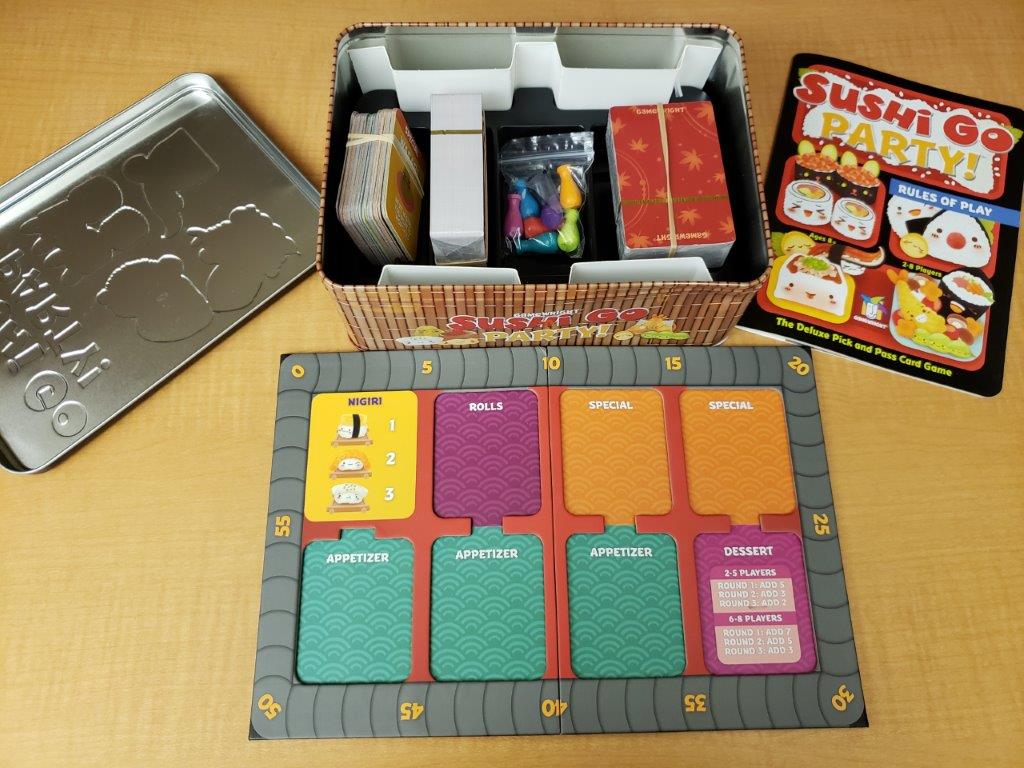