A Guide to HemisFair '68 history and resources at UTSA Libraries

Tower of the Americas: Theme Structure of HemisFair '68

The Tower of the Americas is one of the lasting structures from HemisFair '68. The Tower (including the antenna) rises 750 feet above HemisFair Park and houses an observation deck and revolving restaurant which offer a panoramic view of the San Antonio and the surrounding areas.

Though today the tower is a fixture of the San Antonio skyline, it was the source of much controversy before it was built. In 1966, questions arose about the propriety of the bidding process for the tower construction job. When the first round of bidding elicited only one bid Congressman Henry B. Gonzalez felt strongly that the job be put out for re-bid and until that action was taken he did not actively support an additional Federal appropriation for HemisFair '68. Though no improper conduct was uncovered and all persons involved denied charges of conflict of interest, public pressure and negative publicity surrounding the initial bidding process forced the Executive Committee of HemisFair '68 to put the tower project out for re-bid late in the summer of 1966. With the previously accepted bid by contractor Dan Rheiner withdrawn, the Executive Committee was forced to accept the new lowest bid, which was $336,000 higher than the original bid. However, this price was seen as the necessary price to appease the public and to gain the Federal appropriation of nearly $7 million.

The Tower During HemisFair

During HemisFair the Tower was surrounded by a monorail, a sky-ride, water park and other amusements. Today, paths and a new water park skirt the base of the Tower and the expanding convention center lies just to the north.

Additional images of the Tower of the Americans construction can be found in our digital repository.

Film footage of the Tower construction is available in the Audiovisual Materials series of the San Antonio Fair, Inc. Records

Perhaps in part to overcome the scrutiny the tower project received in 1966, the HemisFair Executive Committee sponsored a Name the Tower contest which attracted hundreds of entries. The names suggested ranged from tributes to jokes. Some of the names that were not chosen included: 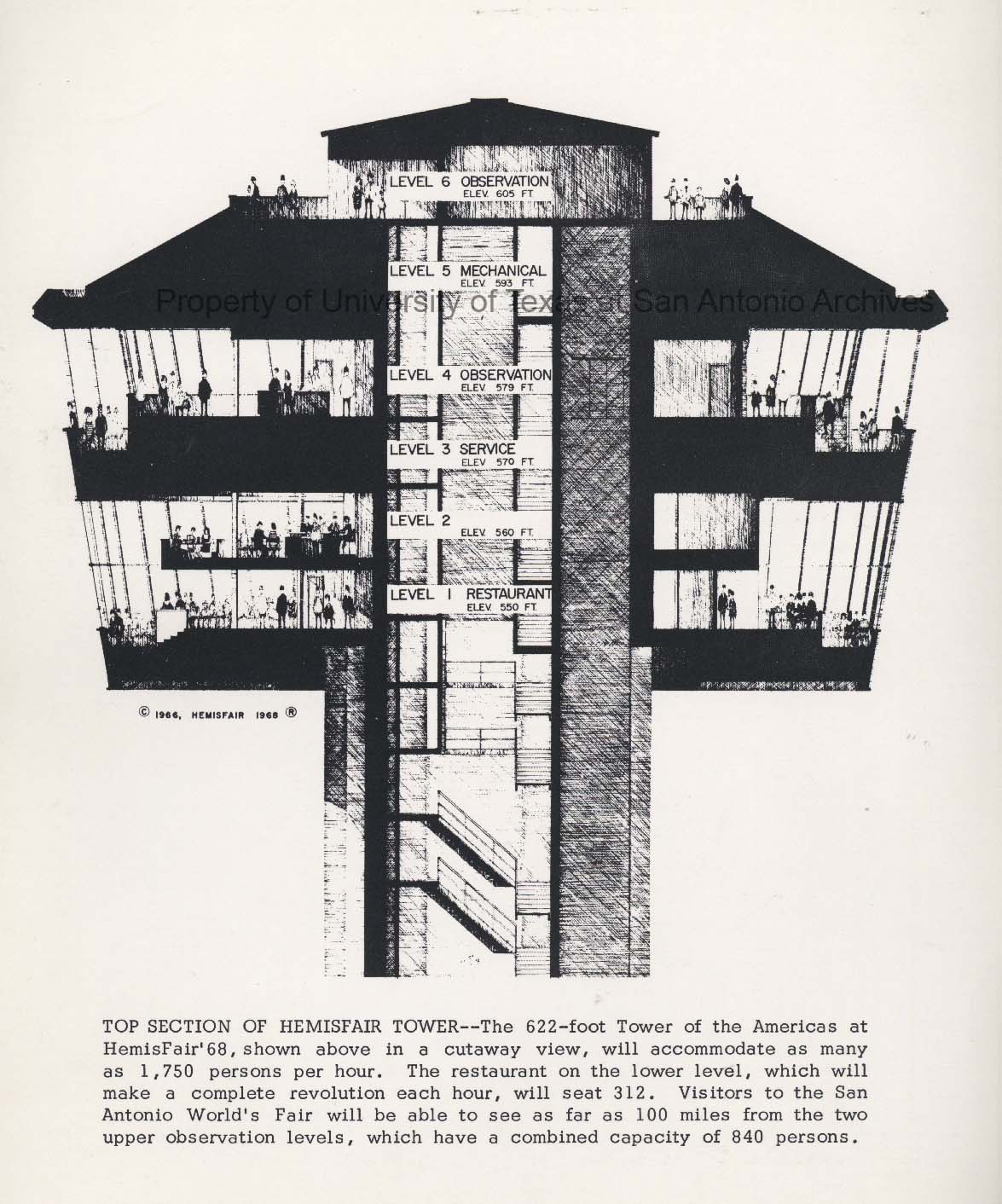 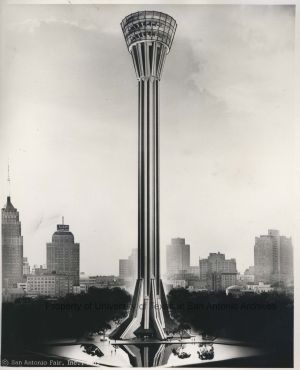