Use this guide to find primary and secondary sources for the study of the U.S. Civil War, 1861-1865. 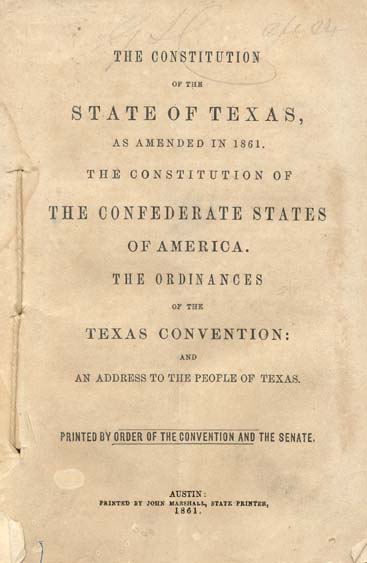 From the UTSA Libraries Digital Collection

You will find these books in the Rare Books Collection in Special Collections on the 4th Floor of the John Peace Library.

Selected Books on Texas and the Civil War